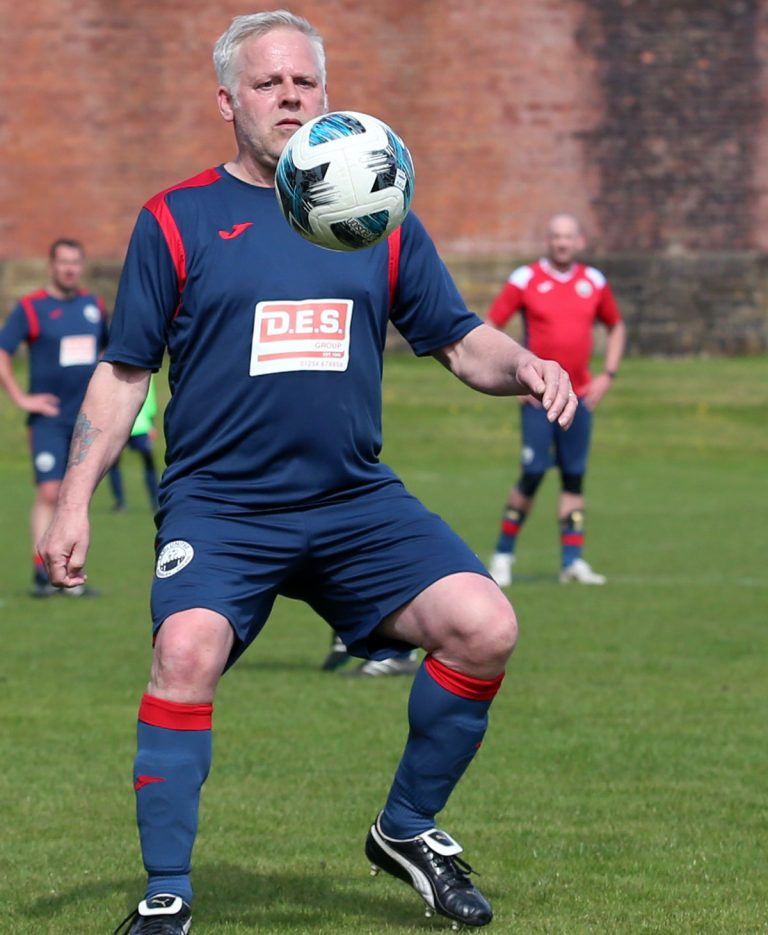 I’m Paul, a typical a 52-year-old man, who has worked since leaving school. I have a mortgage and I have a wife and 2 kids. My health in recent years has not been as typical.

Starting with a heart attack in 2015, in November 2019 my life really changed. I had a mental health breakdown. Since then I have tried to run away and have attempted suicide twice. I have anxiety attacks, clinical depression and suicidal thoughts daily. I take medication, have attended therapeutic courses and appointments with mental health workers, psychiatrists and psychologists.

In early October 2020, after feeling like I had been in this forever, I was convinced by my brother to come along to a football team he played in that had a mental health element to it. After exhausting every excuse known to man, I eventually said yes as he had even bought my kit and provided me with boots.

Best thing I ever did. From the start it felt like I was part of a family.

Grown men playing football first and foremost but also caring about one another emotionally and willing to go out of their way to help each other. I could sense straight away the warmth from the lads asking how I was doing but also a real sense of vulnerability. I felt normal.

A weight lifted. I still have the bad days, but I now have hope for tomorrow again.